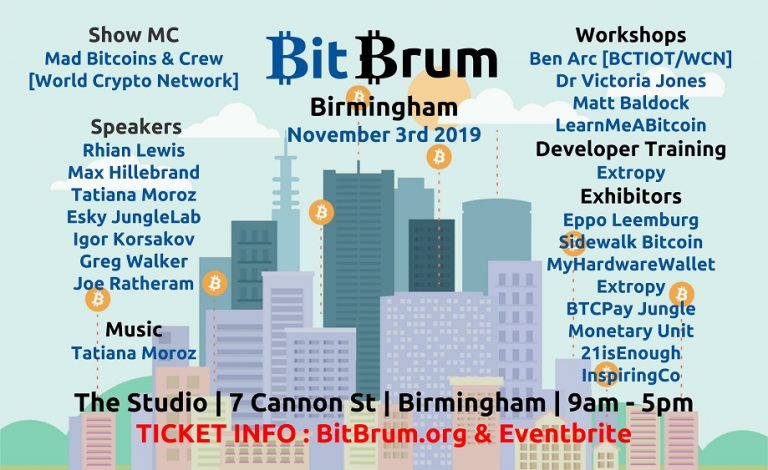 Mad Bitcoins will be rolling into town to MC BitBrum along with the WCN #MadTourV crew. With Thomas in the driver's seat you can bet that BitBrum will be a Blinder!. 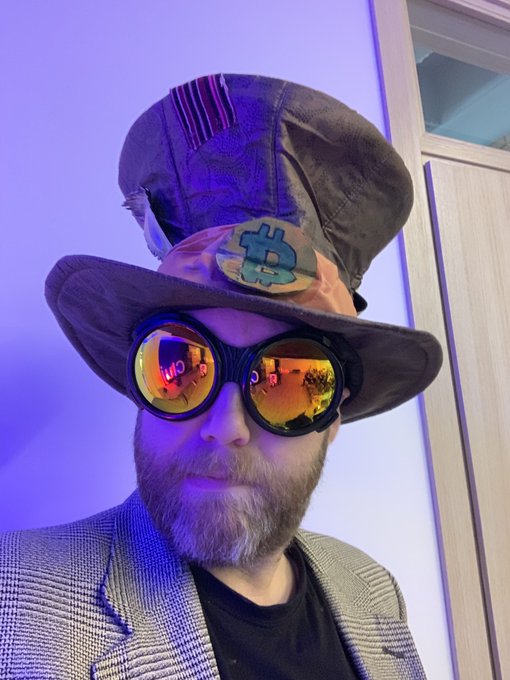 Bitcoin beware cheap imitations. Corporations and governments are falling over themselves to launch blockchain-based digital currencies, which they are selling as ‘better Bitcoin’. Rhian's talk will argue the economic, technical and philosophical case against this claim. 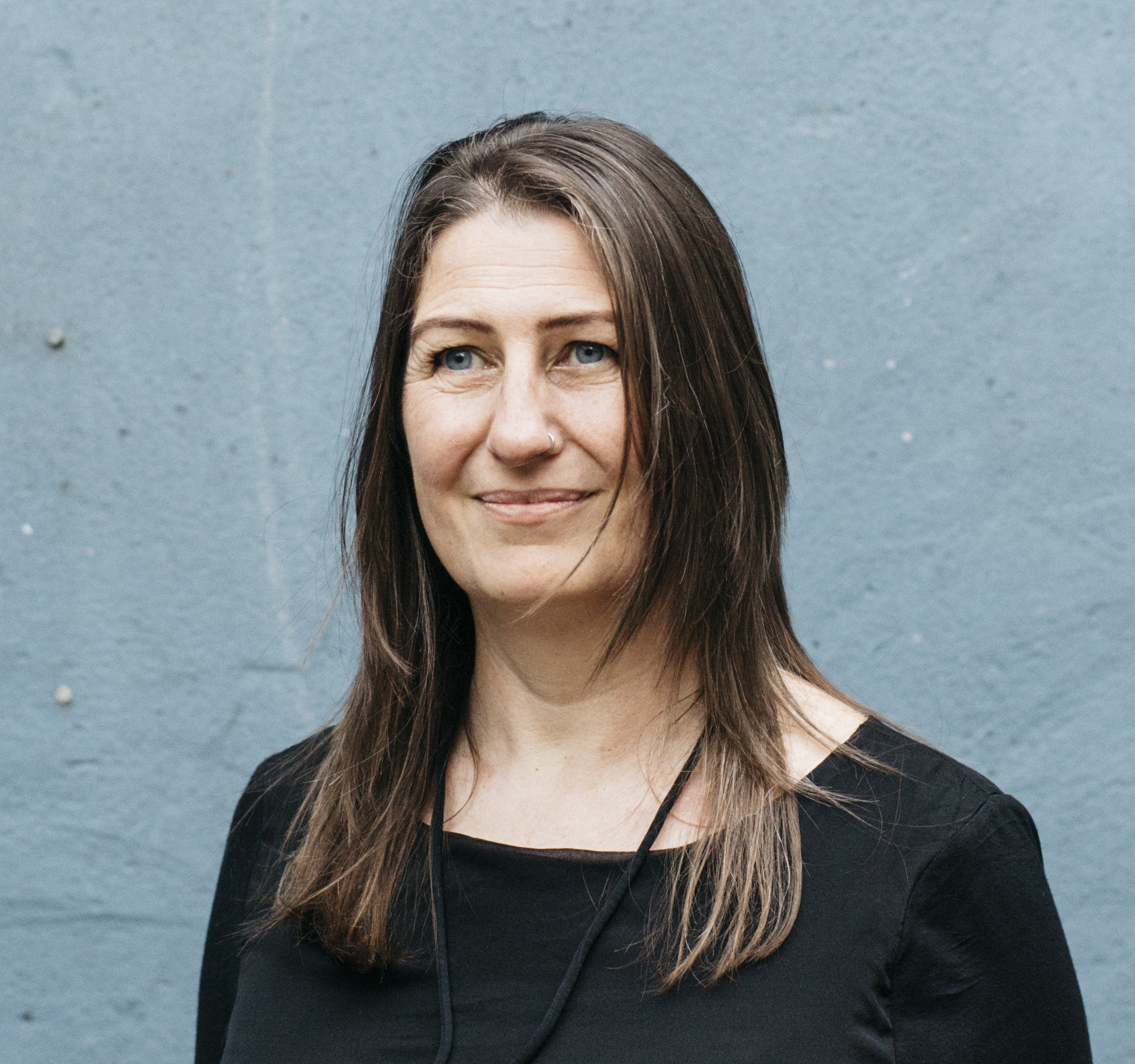 Rhian Lewis
Software Engineer & Co-host of London Bitcoin Women
Tatiana shares her musical journey into Bitcoin, liberty and the #FreeRoss campaign and will be performing live at BitBrum. 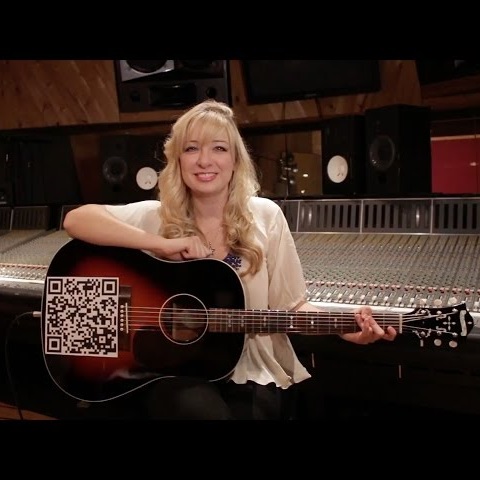 Tatiana Moroz
Singer-Songwriter, Bitcoin Activist & Host of The Tatiana Show
Max's preferred subjects are bitcoin privacy, sound monetary economics and the value proposition of immutable scarcity in this age of anarchy in money. 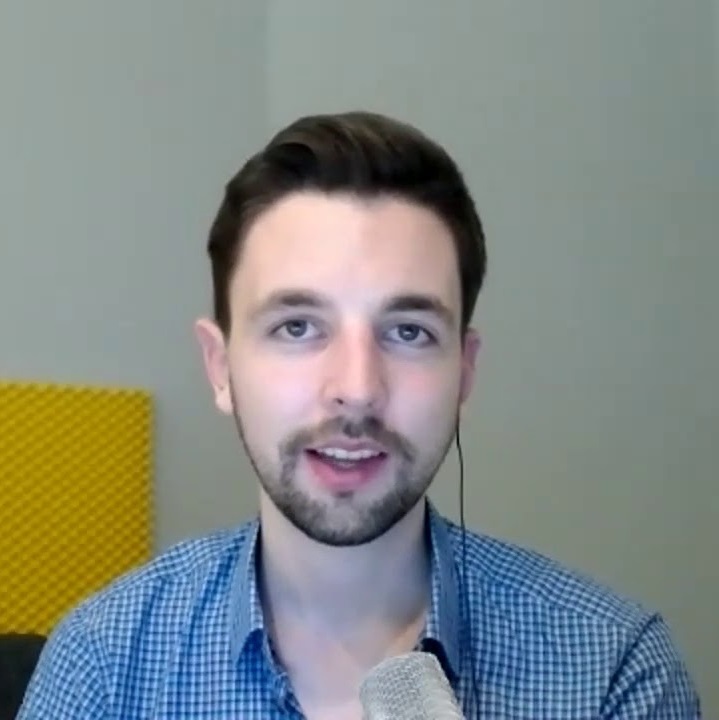 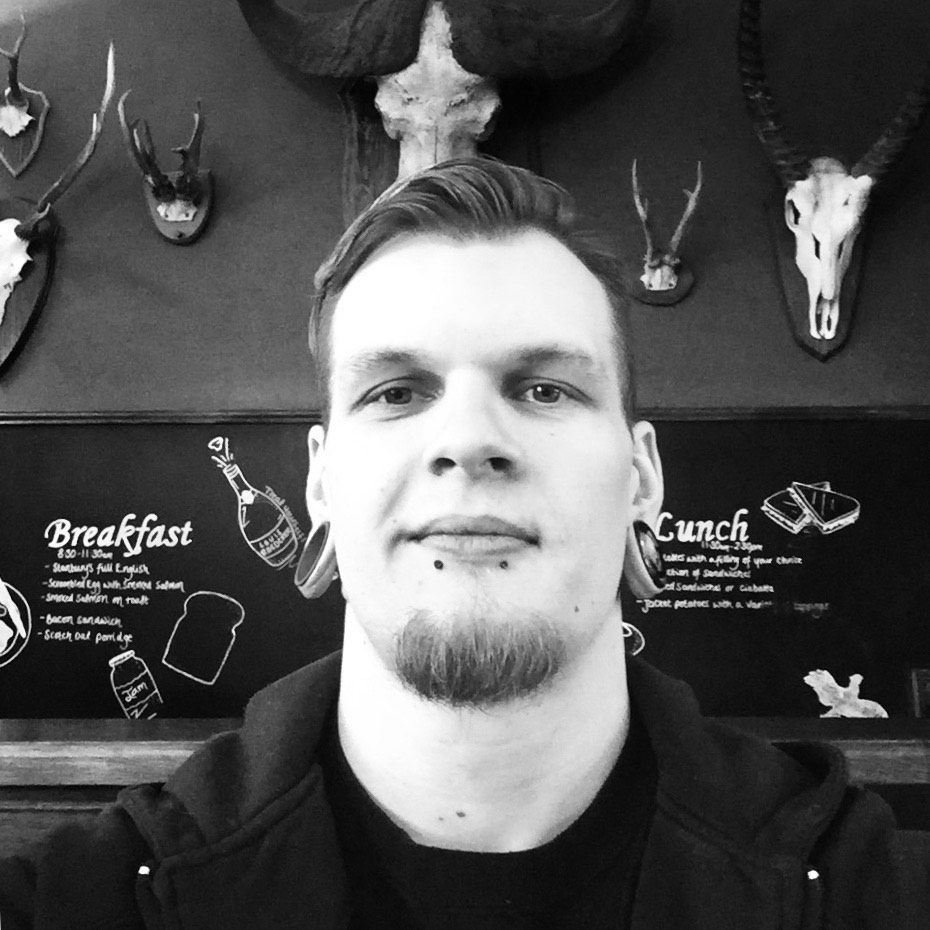 Igor Korsakov
Software engineer, creator of BlueWallet
Esky's talk will delve into the potential of BTCPay Server. A self-hosted, open-source cryptocurrency payment processor that is secure, private, censorship-resistant and free. 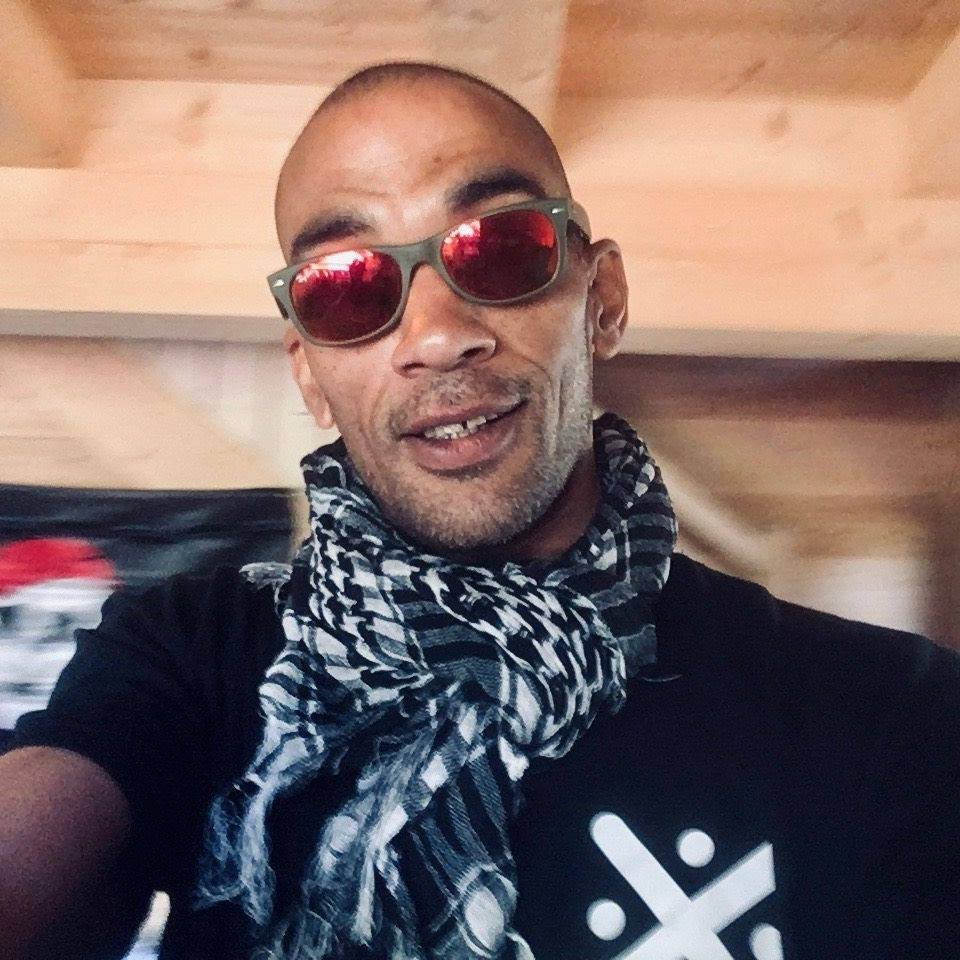 Esky
Self Taught Developer, Founder of BTCPayJungle & DJ
Don’t be left in the dark the next time someone brings up the word “blockchain”. Greg's talk answers questions such as “How does blockchain actually work?”, “How many confirmations should I wait for?” and “Can transactions be removed from the blockchain?”. 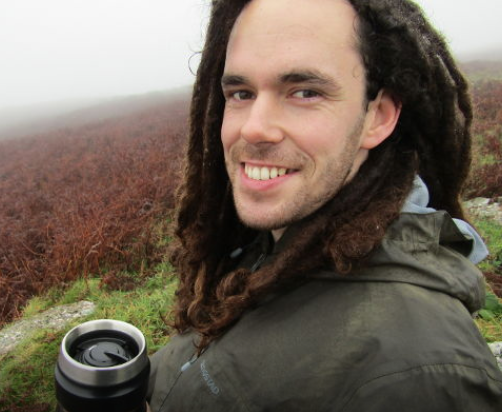 Greg Walker
Bitcoin Educator & Founder of LearnMeABitcoin
The automotive industry is set to change more in the next ten years than it has in the last hundred years. Joe's talk will explain some of the challenges the industry faces, why Bitcoin matters and how decentralised consensus informs the design of connected & autonomous mobility networks. 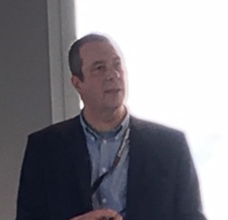 Ben will be hosting a 'hands on' #BUILDL workshop where you can learn how create a point of sale terminal for accepting lightning network micropayments using cheap, standard microcontroller components. To make the most of this opportunity you’ll need a laptop with the @arduino IDE installed and a micro USB cable. 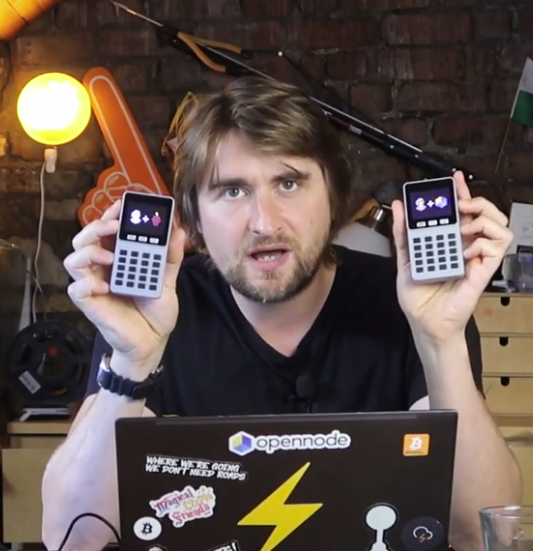 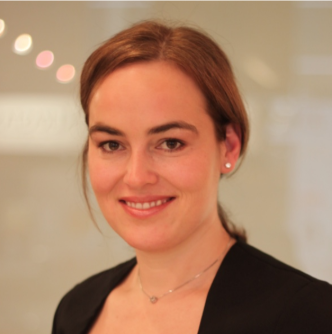 Dr Victoria Jones
Bitcoin Advocate, Businesswoman & Dentist
In a special workshop aimed at developers and anyone interested in cryptography Laurence will explain how zero knowledge proofs work to provide for private transactions. 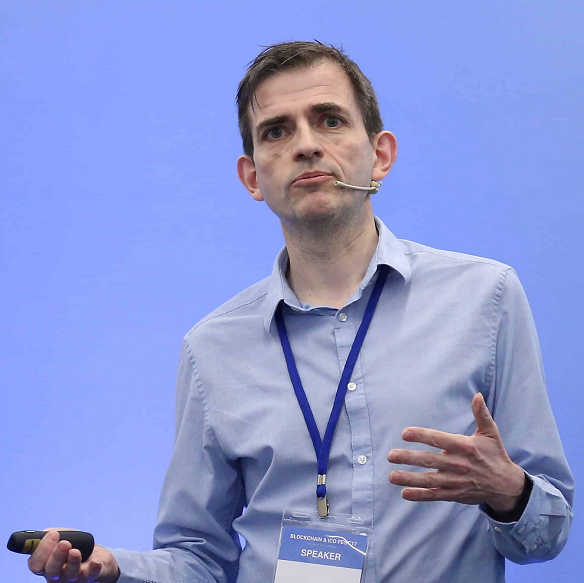 Laurence Kirk
Physicist, Software Engineer & Founder or Extropy.IO
Matt's workshop will explain 'Bitcoin Basics' for anyone new to the space. His workshop will focus on usability and the crucial subject of private key security.

Matt Baldock
Bitcoin Educator, Founder of Portsmouth Crypto & Bitstashers
Greg's workshop will cover why mining exists and what actually goes on inside of a bitcoin miner. The perfect starting point for anyone new to Bitcoin and wanting to understand how it works.

Since April 2013 Thomas Hunt [@MadBitcoins] has been all about #Bitcoin, writing, producing, performing and inspiring more than 1,200 shows and hundreds of thousands of hours of cryptocurrency related news, education and entertainment on YouTube with his Mad Bitcoins show, The Bitcoin Group, Bitcoin Talk Show and the World Crypto Network [@WorldCryptoNet]. BitBrum will feature a LIVE World Crypto Network broadcast

Rhian [@rhian_is] is a software engineer who is the co-developer of altcoin portfolio tracker CountMyCrypto. She is also the co-host of London Bitcoin Women, which she founded with a friend in 2014. She has a BSc in Economics from UCL and is a former digital journalist at The Times. She is a regular conference speaker and educator on blockchain technology, cryptocurrency and cryptoassets, and writes about blockchain technology at medium.com/@rhian_is. She also runs training courses aimed at test engineers on blockchain projects and is an instructor on the B9Lab Ethereum QA Engineer course.

Esky [@lab_jungle] is a DJ/audio engineer turned coder, founder of BTCPayJungle.com and all round end-to-end BTCPayServer guru. His focus is encouraging others to start running, the now legendary, @BtcpayServer. Representing underground coding. Self-taught dev. & cypherpunk.

Joe @inspiringcouk is a fully paid up Brummie and former Land Rover engineer with 30 years experience in automotive embedded systems. He fell down the bitcoin rabbit hole in 2013 and has since been researching the application of decentralised consensus in connected & autonomous mobility networks. Joe has delivered talks and training on Bitcoin blockchain at several universities, DETC, meet-up groups, CoinFestUK & @BitBrum.

Tatiana is a soulful and outspoken singer-songwriter, and one of the pioneer artists in the Bitcoin and Libertarian activist communities. Following the release of several independently produced LPs, EPs and singles, Tatiana’s album Keep The Faith was released in 2017 having been funded with cryptocurrency. Her music is a fresh take on the folk style of the revolutionary 60’s and 70’s, an original blend of pop, rock, blues, and alt country. During her talks, Tatiana shares her journey as an artist and the many uses of Bitcoin. Topics range from blockchain technology, to the Silk Road and Ross Ulbricht, the drug war, and prison reform. She inspires people to be enthusiastic about the power of cryptocurrencies.

Max [@HillebrandMax] is an open source entrepreneur supporting several Bitcoin projects like Wasabi Wallet, nodl and ColdCard. He is dedicated to build tools for sovereign individuals to defend their property rights, liberties and privacy. He is educating his peers by sharing invaluable knowledge in several hundreds of videos on the World Crypto Network. He has an in depth understanding of the sound monetary economics of Bitcoin and the value proposition of immutable scarcity in this age of anarchy in money.

Greg [@in3rsha] from Learn Me A Bitcoin is a Blockchain expert and educator. He has been working on projects and creating tools for bitcoin since 2014. His work includes a blockchain explorer powered by a graph database & extensive beginner-friendly articles on a wide range of technical bitcoin topics.

After a successful career writing low latency financial applications in the City of London Laurence @Extropy moved to Oxford and set up Extropy.io, a consultancy working with start-ups in the UK and overseas, developing blockchain solutions. Laurence has a BSc in Physics from Durham University, and is currently taking his MSc in Software Engineering at Oxford University. Laurence teaches a blockchain module at the University of Innsbruck Business Management School and also gives talks, mentors at hackathons, runs blockchain technology groups and organises an Artificial Intelligence group in Oxford.

In January 2015 Matt @PortsmouthBTC created Portsmouth Crypto to provide education & infrastructure to the local community and has become a long standing bitcoin educator running numerous private and public workshops up and down the UK, giving people the information & knowledge they need to get started in the crypto ecosystem with confidence.

Victoria [@Victoriadentist] is a qualified dentist who has worked in the industry for over 20 years. She has had a range of involvement in different markets from public sector to private sector, from small family owned to large corporate chains, from local co-operatives to international institutions. She also spent 10 years starting up and building her own dental establishment into a profitable enterprise in the private sector and successfully sold it in 2017. As a result she has extensive experience in varied business environments. Her familiarisation with Bitcoin came in 2016 when she introduced Bitcoin as a payment method into her own business. Also qualified with an MBA, Victoria is interested in the world of commerce and economics, including new payment methods and the ways in which these will influence and profoundly affect our future.

"How did Birmingham's first ever Bitcoin crypto conference go? In a word... Brilliantly!" [BitBrum 2017] 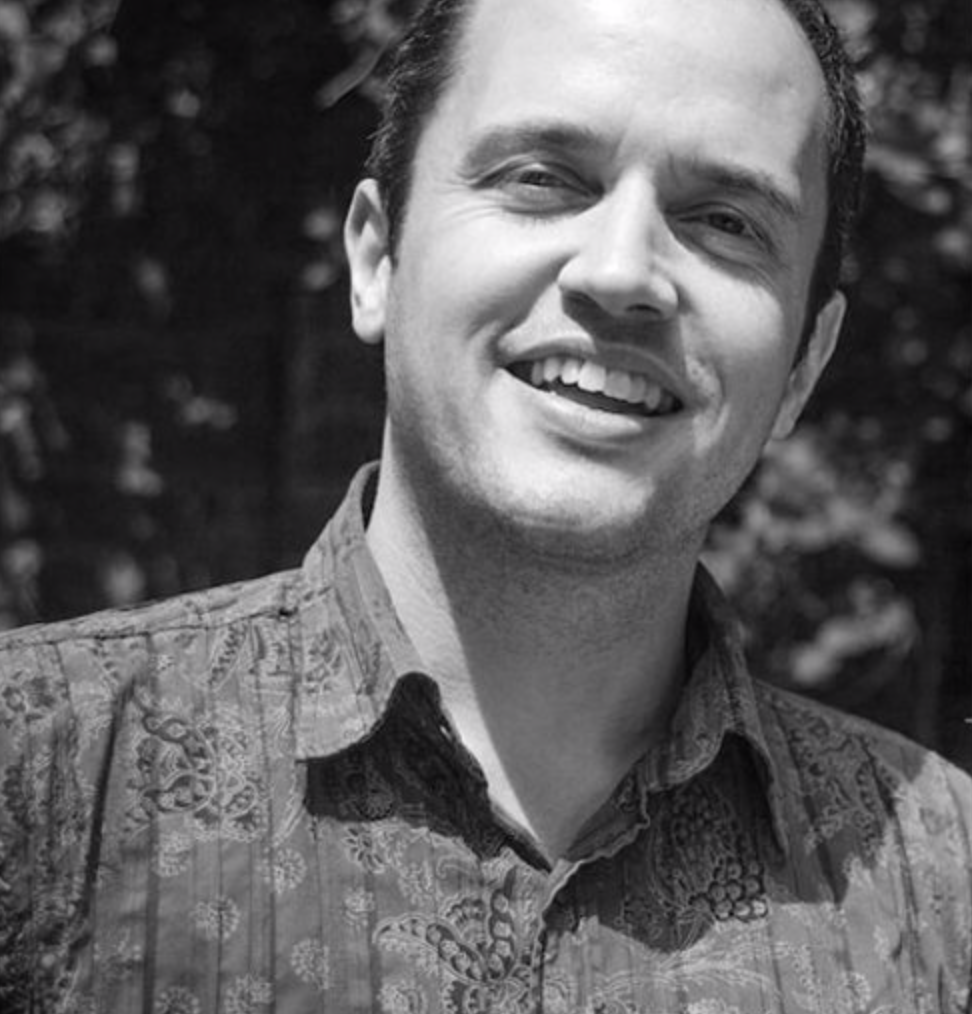 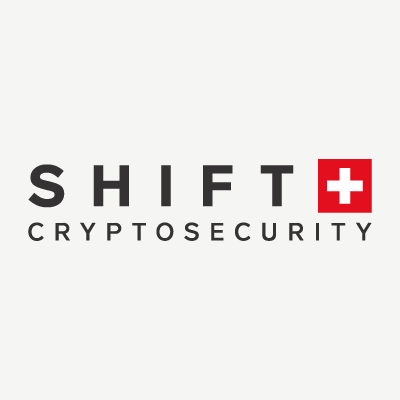